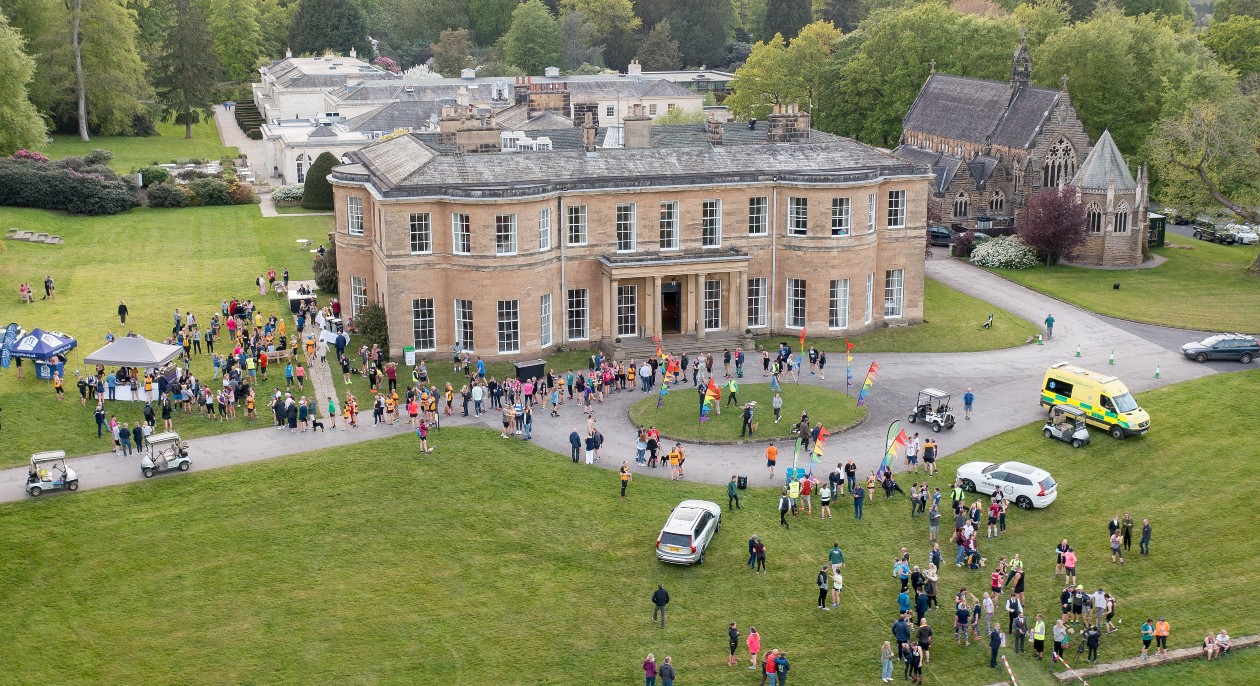 Our inaugural Rudding ParkRace – a 10K multi-terrain trail race took place on Tuesday 10 May 2022. Over 300 participants ran a route created specifically for the event, and raised £4015 for the Queen’s Green Canopy – an initiative to encourage people to ‘plant a tree for the Jubilee’.

Olympian and ‘Friend of Rudding Park’ Jonny Brownlee set the runners off at the start line and first to finish was Nathan Edmonson from Ilkley Harriers in 34mins 25 secs. Fastest lady was Charlotte Mason from City of York AC with a time of 41mins.29 secs.  Following the race, participants and spectators enjoyed drinks and a hog roast in the fan zone by the finish line at Rudding House, with its views over the Vale of York.

Simon Mackaness, owner of Rudding Park explained: “Rudding Park is set within 300 acres of parkland which forms part of our heritage and we understand the important role trees play in combatting climate change. It is crucial we all do our bit to protect the woodland so we are delighted to be able to support The Queens Canopy in this celebratory year and also commit to planting a tree in our grounds to represent each Rudding ParkRace competitor.”

Rudding Park Hotel Manager Nuno César de Sá and Development Chef Matthew Wilkinson, both keen runners and triathletes, were the inspiration behind the race. Nuno commented: “WOW, Matthew and I are exhausted and for once we weren’t running – I guess it’s the adrenalin of organising our first ever Rudding Park 10K!  It’s something we’ve been keen to do for a while now, and the importance of the outdoors and investing in your physical and mental health spurred us on to make 2022 the year!  It’s been fantastic to see everyone enjoying themselves and soaking up the atmosphere. It’s been a huge success so keep an eye out for Rudding ParkRace 2023!”