Whilst ‘beekeeping skills’ don’t feature as ‘essential’ on his job description, we are lucky that our Managing Director Peter Banks is a keen beekeeper.  Peter brings a wealth of experience on the subject and his passion for 'all things bees' is palpable, allowing us the winning combination of enhancing our guest experience and doing our bit for the planet! 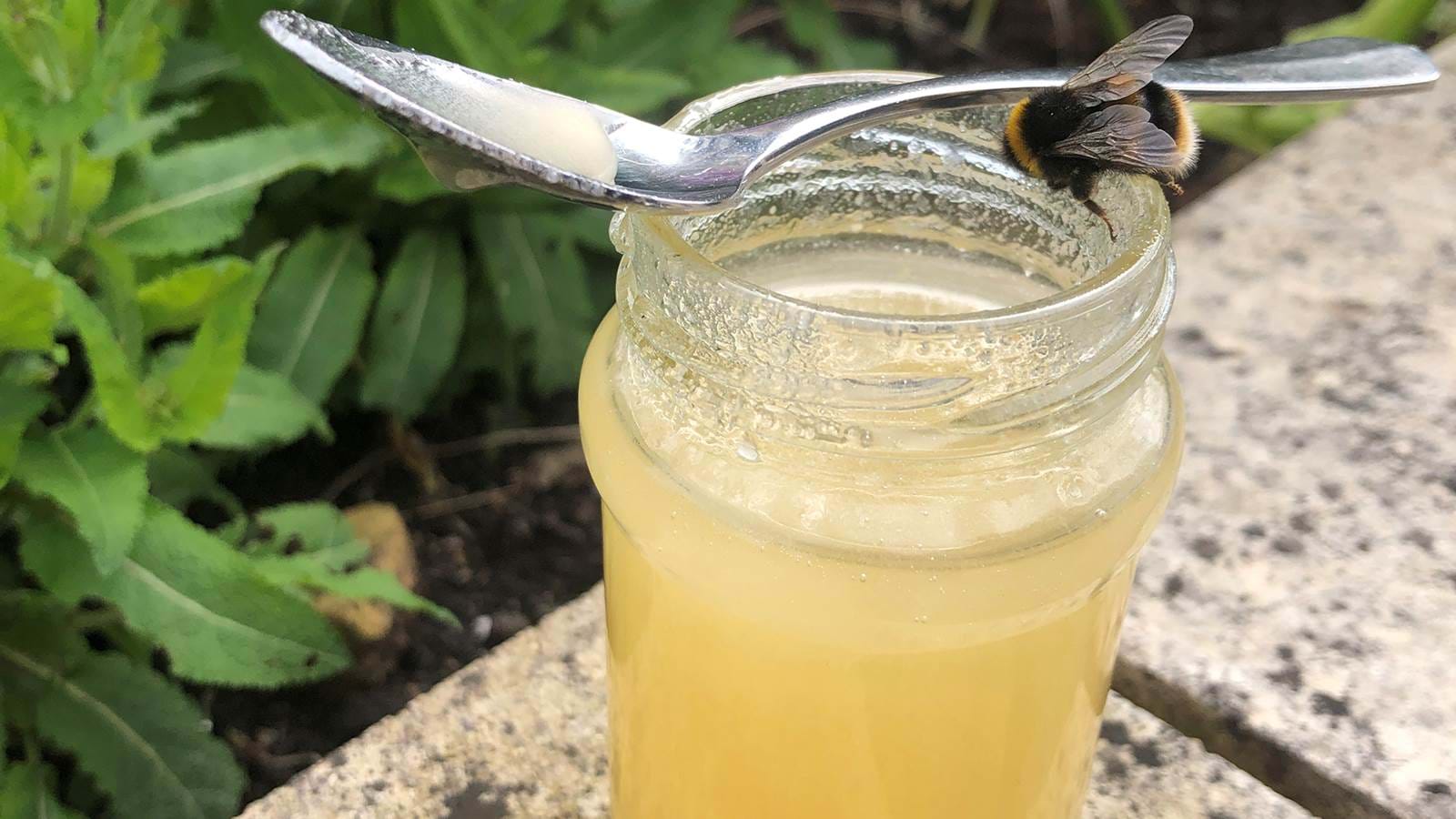 “When most people think of sustainability in hotels, they imagine guests being asked not to wash their towels every day" states Peter and whilst this is something we advocate at Rudding Park, we also have number of other sustainable initiatives.  These include the spa and golf course using water from the bore hole in the grounds; an intercept tank in the spa collecting top water run-off which is re-used in gardens and replanting native tree saplings grown from seeds collected on the estate. With the bee population under threat I was keen to introduce beekeeping to our list of sustainability initiatives."

A keen beekeeper for many years, Peter keeps three hives at home so we caught up with him to find out more about the journey from hive to honey.

"Each year the bees build up and want to swarm.  This is their method of propagation. However, as a beekeeper you don’t want your bees to swarm, as half of them will fly off with the old Queen and half of your honey! One method of swarm control is to follow a procedure called a ‘false swarm’.  This means you fool the bees into creating another Queen on a different site. I did this successfully with one of my colonies at home and created a new colony”.

Early one morning, Peter placed the hives in the back of his car, donned his ‘bee suit’ and gloves and drove them to Rudding Park for phase two of the operation - introducing a colony of bees to their new home in The Nuttery, at Rudding Park.  The Nuttery - our wildflower meadow - lies adjacent to Rudding Park Kitchen Garden, which supplies over 500 different herbs, salads, vegetables, edible flowers and fruits so the chefs can create dishes packed full of flavour.  It's a wonderful space which guests can explore with a Kitchen Garden map to help identify which ingredients are growing amongst the 52 raised beds. 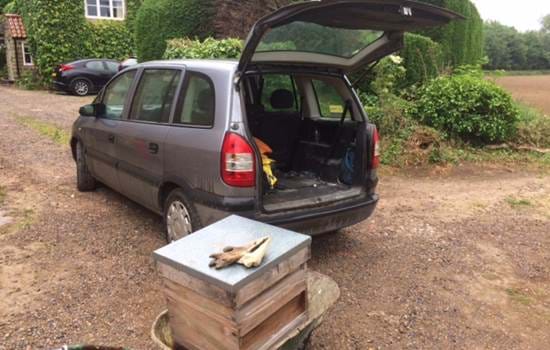 Ready to be loaded into the car at Peter's house 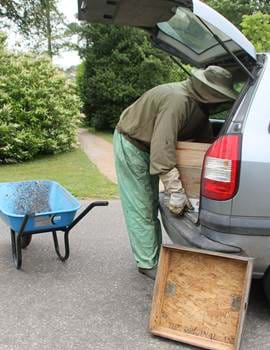 Checking the bees are safe in their new home

Peter built this colony up by feeding with sugar syrup “the more you feed, the more the bees feed the Queen, and the more eggs she lays.”  The colony overwintered successfully resulting in a one year old virile Queen leading the colony.  This means the colony builds up very strongly in spring and as such we have plenty of bees to gather nectar and produce honey. 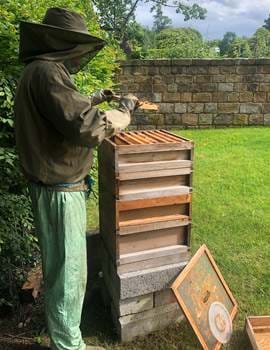 Blowing smoke into the colony 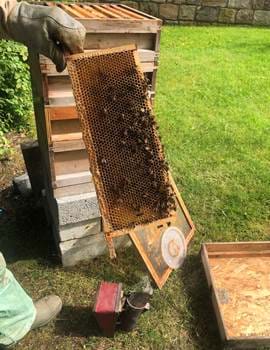 In search of the Queen! 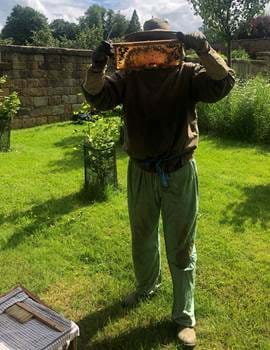 Up close and personal

30lbs of honey were taken off the hive at the end of May and featured on the menu at Horto, (honey butter and the Taste of the Garden pudding) and with our beautiful gardens we are hopeful of at least another 30lbs at the end of August. 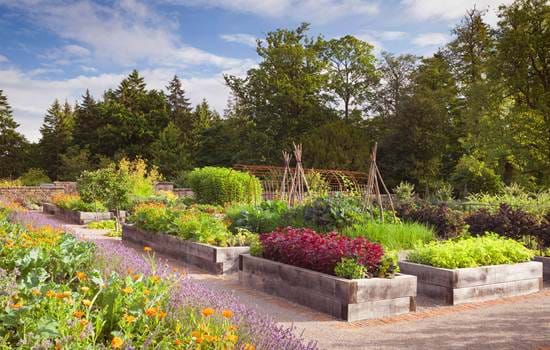 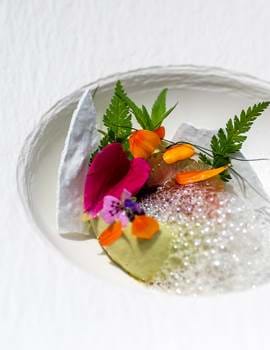 Taste of the Garden

This autumn we hope to have sufficient supplies to create honey-inspired guest gifts.  These will complement produce such as our homemade chutney and our chilli and apple jelly which our Chefs make using ingredients from Rudding Park Kitchen Garden.