And the winner is...

Rudding Park First Assistant Greenkeeper, Matthew Milligan is celebrating after he has been announced ‘Toro Student Greenkeeper of the Year 2021’. 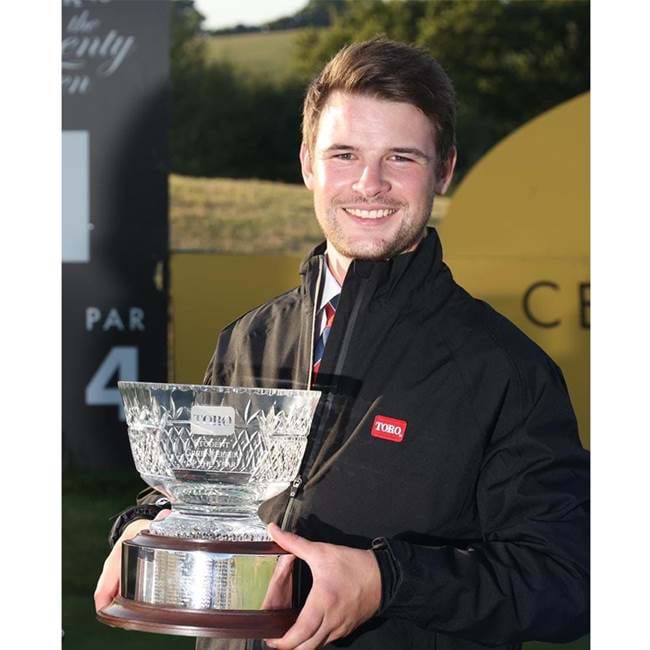 Matthew, aged 26 beat off hundreds of applicants to reach the national finals where just six candidates competed for the title at Celtic Manor Resort on Monday 6 and Tuesday 7 September 2021. The British and International Golf Greenkeepers Association, alongside Toro and Reesink Turfcare, announced Matthew as the winner following a nationwide search for the country’s leading student greenkeepers. Matthew will receive an eight-week all expenses paid scholarship to America, including a six-week residential turf management study course at the University of Massachusetts, a trip to the Golf Industry Show in Orlando, Florida and a visit to Toro’s facilities

This award is a real testament to the leadership of Rudding Park Head Greenkeeper Richard Hollingworth and Deputy Head Greenkeeper, Danny Millar, as whilst the awards didn’t take place last year due to Covid, the 2019 winner, Jason Norwood, also came from Rudding Park.

Richard commented “We are thrilled for Matthew. Winning this national award is career defining moment – not many people get the chance to hone their skills on some of the best courses in the world. There was extra pressure on him given Jason won in 2019, however, we had complete confidence in Matthew. He really deserved this - I am so pleased for him.”

Matthew commented “I can’t believe it – I am buzzing! Greenkeeping has become my passion but I couldn’t have achieved this without the support of my friends, family and colleagues. Rudding Park have really invested in my development so I was determined to work hard and bring the trophy back ‘home’ to Rudding Park!”

Interested in finding out more about careers at Rudding Park?